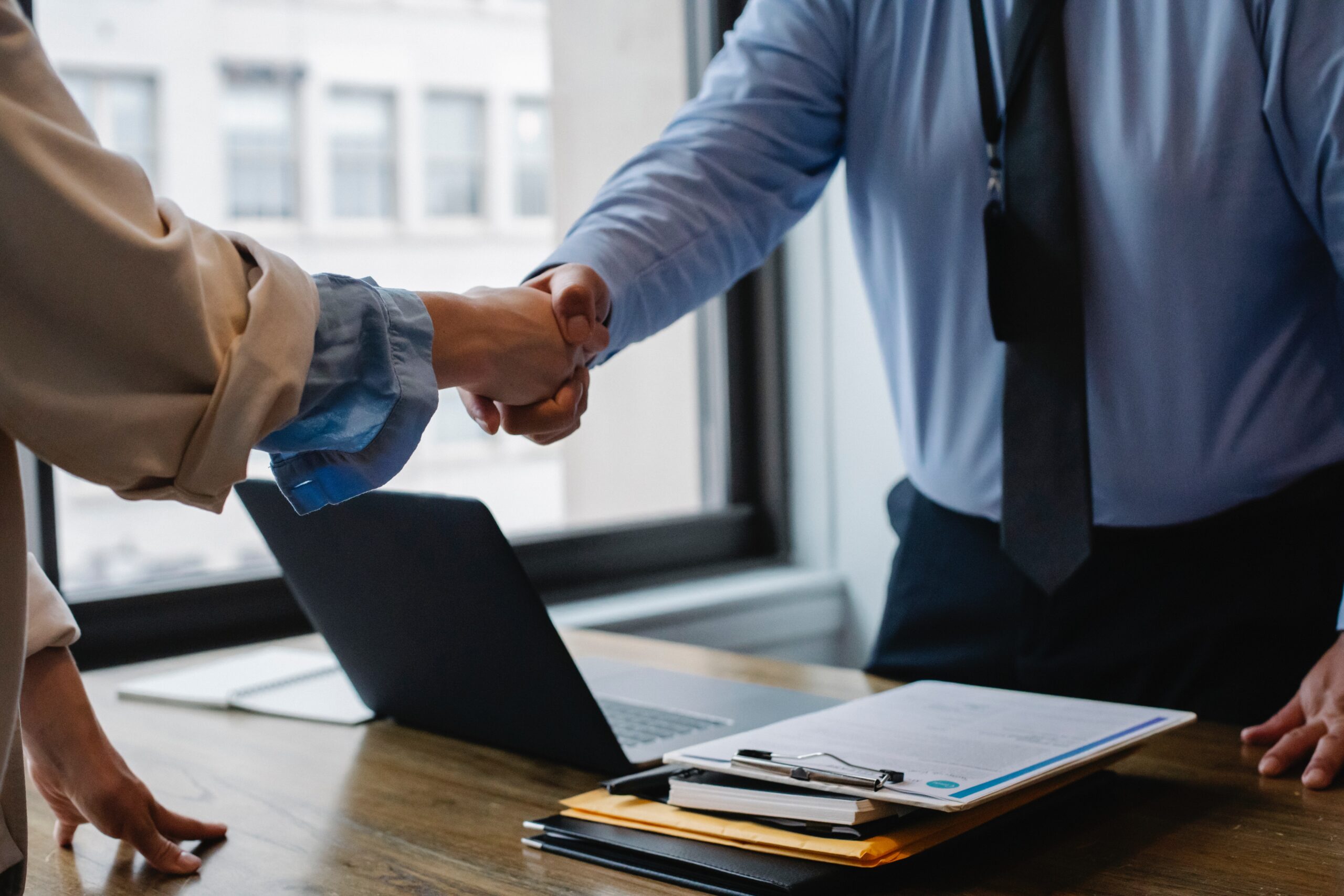 Products and services are things that larger companies can often build and provide efficiently and more cheaply to grow larger and gain advantages over competitors. Sometimes, a company buys other companies to achieve it. This time we are talking about mergers and acquisitions in Dubai.

Mergers and acquisitions are often very important and constantly projects that can change companies enormously. Due to the complex process of acquisition, it involves many different areas. Therefore, they bring in lots of advisers.

In this article, you will learn everything you need to know about the procedure of mergers and acquisitions in Dubai. Let’s observe:

1. What are mergers and acquisitions?

The decision to carry out a merger or an acquisition is an economic decision, specifically an investment decision. It consists of a resources allocation with the hope of obtaining future income. This allows recovering the invested funds and achieving certain profits and Here you will find out five key factors to look at when selecting an office space in Dubai

Remember that a merger describes two firms of the same size, joining forces to move forward as a single new entity, rather than remain separately owned and operated. On the other hand, when a company occupies another, establishing itself as the new owner, that purchase is what we call an acquisition.

A company gets the assets of another company. However, the company whose assets are being obtained must have approval from its shareholders. During bankruptcy proceedings is typical to purchase assets since other companies bid for various assets of the bankrupt company.

It consists of company executives purchasing a controlling stake in another company. These executives often collaborate with former corporate officers to help fund transactions. These transactions are generally financed with debt and require shareholders’ approval.

2. How are mergers structured according to productive aspects?

In this case, two companies from different production niches decide to pool their assets to improve efficiency and productivity within the same institution.

In this type of company merger, two organizations in a sector develop the same production processes. Consequently, it is possible to expand the product line, the market segment or reduce competition.

It occurs when two businesses serve the same customers base in different ways, for example, a TV manufacturer and a cable company.

Moreover, we can make a distinction of mergers by following two financing methods with their own ramifications for investors.

These types of mergers occur when a company purchases another company. Usually, they buy it through the issue of a debt instrument or with cash. The sales are taxable, attracting the acquiring companies, who enjoy the tax benefits.

This merger occurs when forming a brand new company, combining both companies under the new entity. The tax terms are not different from a purchase merger.

3. What are the types of company mergers according to legal aspects?

It is a strategy that seeks to gain strength and breakthrough in the market. There are several types of company mergers if we take into account the legal and productive aspects.

The pure merger of companies

It generates the union of two or more companies that merge assets and resources. From this union, they create a new company and dissolve the previous ones.

The merger of companies by absorption

In this case, an organization buys the assets and resources of another company, absorbing it completely to enter a new market or eliminate competition.

The merger of companies by a partial contribution of assets

It occurs when an organization contributes its assets to an existing company, and in this case, the company does not dissolve.

4. How are acquisitions financed?

An organization can buy another with stock, assumption of debt, cash, or a combination of all three. It is very common in smaller deals to acquire all of another company’s assets. Company A purchases all of Company B’s assets for cash. As a result, company B will have only cash. Eventually, company B becomes just a shell and will enter other business areas or liquidate.

In addition, there is another merger deal known as reverse mergers, which allows a private company to become publicly listed in a short period. A reverse merger occurs when a private company is eager to acquire financing and buys a publicly listed shell company with no legitimate business operations. Both companies become entirely new public corporations with tradable shares by reversing mergers into the public company.

5. How are mergers and acquisitions valued?

All companies involved in a mergers and acquisitions deal will value the target company in different ways. The seller will value the company at its highest price. Meanwhile, the buyer will try to buy it at the lowest price. However, there is a way to value a company objectively by studying companies in the same industries and relying on certain metrics.

6. Reasons to carry out mergers and acquisitions

The primary objectives of financial and strategic buyers are different. However, both have in common the need to add value to the acquired company. There are many reasons for mergers and acquisitions such as higher revenue, technology integration, higher growth, regional expansion, tax benefit, diversification, etc and If you need to obtain information about the benefits of having Virtual Offices in Dubai

7. What are the advantages of mergers and acquisitions in Dubai?

Mergers and acquisitions in the UAE have gained popularity in the last few years. The objective is to make a stronger position in the market where two companies together generate more value than being separated.  According to data from the Merger Market, mergers and acquisitions deals in Dubai increased in 2019 to $10.4 billion.

There are many advantages of mergers and acquisitions in Dubai as you can see listed down below:

Are there any other reasons to opt for mergers and acquisitions? The answer is yes. When you combine your company’s activities, the overall performance will likely increase. Also, the acquiring company gains the opportunity or prospect to grow their market share without any effort.  The acquirers purchase a competitor’s company, referring to it as a horizontal merger.

If your business is not meeting the expected growth and underperforming, it may be less expensive to purchase an existing company instead of expanding it internally. In addition, there is a reduction in overheads by sharing expenses, purchasing costs, etc and Find out how to apply for a temporary office for rent in Dubai

When a business owner is thinking of acquiring distributors or suppliers, he or she can get rid of many costs that could take place. This way, if an acquirer buys one of its distributors, it is known as a vertical merger. The acquirer economizes on the marginal cost that the distributor used to charge.

8. Factors to take into consideration before opting for mergers and acquisitions

Now you know the advantages of mergers and acquisitions. But like everything in this world, nothing is perfect, and the M&A strategy is not the exception. Most of the time, acquisitions are the largest investment in companies’ lifetime making them a significant risk.

Therefore, keep in mind the financial risk since mergers and acquisitions may be a huge cash burden on companies if they are not executed properly. Mergers with a bad ending are the ones that take on too much of a financial burden, dooming the deal to fail.

However, the financial risk is just one of many that you have to mitigate when employing a Mergers and acquisitions strategy.

9. Are there any disadvantages of mergers and acquisitions?

On the other hand, when we talk about the disadvantages of the merger of companies, we could refer to the difficulties that arise in this process. For example, it must be taken into account that it takes time to adapt or unite the different management practices.

Going through these internal changes can affect the level of productivity and performance of the team. In addition to this, another disadvantage of company mergers is that inadequate legal management can put the financial capital of the parties involved at risk, so legal advice on mergers and acquisitions must be completely professional and meticulous and In case you want to learn about renting an office in Dubai, click here

The disadvantages of mergers and acquisitions usually stem from deficiencies in the company’s investigation to be merged or acquired and peruse objectives unrelated to the company’s strategy.  Most mergers fail due to the difficulty of integrating two or more cultures, management teams, and workforces. This causes the inability to overcome the practical challenges of the merger and generates insurmountable friction in the teams involved, which reduces their involvement and commitment to the new organization.

It is crucial to have risk management during the whole mergers and acquisitions process. As we mentioned previously, there may be other risks such as commercial risk (major clients going bankrupt), operational risk (staff underperforming owing to uncertainty about their positions), and political risk (governments unilaterally deciding that the target is of “strategic national importance”).

All of the risks mentioned above should be on the due diligence agenda if you want to conduct adequately M&A risk management.

However, don´t be afraid to make mistakes since even experienced companies make mistakes that hurt their value. You can’t imagine the long list of companies that have overpaid, failed to capture synergies, and failed to integrate properly.  The process is complex, and you must design it with caution and the participation of all parties involved.

Being aware of the potential risks implied in M&A strategies can help you avoid them or at least, can help minimize their impact on the success of your company.

10. How can Connect Business Center help you with mergers and acquisitions in Dubai?

You already know the basics of how mergers and acquisitions work and that employing them as a strategy is a complex process. It is essential to ensure that we get the most out of this type of agreement between financial institutions and reduce as much as possible the risks and difficulties for the performance of internal processes.

In Connect Business Center, you can contact us to help you with every step you take. We are the best option for new investors and entrepreneurs in the UAE, helping them get started with everything they need.

Would you like to Contact Business Center to obtain more information about mergers and acquisitions in Dubai?  If you have any questions, call us on +97143316688. You can email us atinfo@connectbusinesscenter.com and you will talk to one of our representatives who will answer your questions. 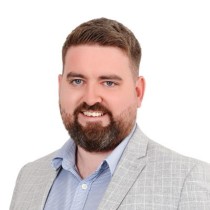 Liam Doherty is working in the Human Resources industry since 2015. Liam has a vast knowledge in employee relocation from anywhere in the world into the United Arab Emirates. Liam did a Master in HR and Payroll Management in Dubai on 2018

Connect is the leading Business Center in Dubai that offers an ideal choice for fledging companies to easily establish with instant, flexible and ready to use professional office spaces and wide range of services to set up quickly.